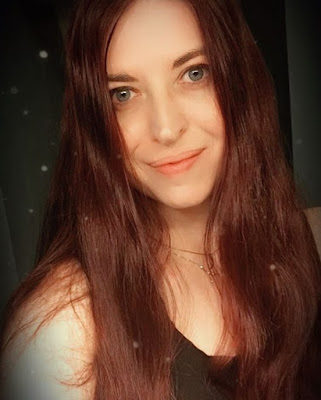 So many! This is why I initially was interested in a career in the paranormal. Now I just use my passion and experiences to write about it. So, in a way, I suppose I ended up with a Paranormal career after all. *wink*
I hope you enjoyed this short FAQ session! Feel free to submit questions to me anytime and I'll compile them for the next one.
🖤Dez
Posted by Dez Schwartz at 7:18 AM No comments: 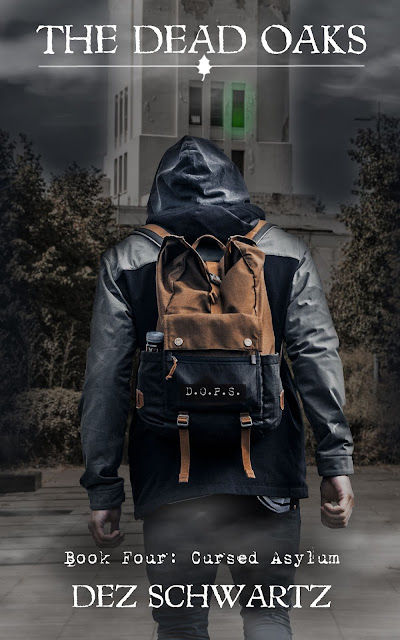 The title and Cover Reveal for the final book in my YA M/M Paranormal novella series, The Dead Oaks, is here!! Cursed Asylum is now available to add to your TBR list on Goodreads!
In the final installment of the series, The Dead Oaks Paranormal Society is offered the opportunity of a lifetime to compete against several other teams of paranormal investigators on Fright Team TV, a reality television special, for the chance to win a show of their own!The production takes them on location to one of the most haunted asylums in North America. But even if they survive the horrors of the night, will the temptation of fame and a curse from beyond end up disbanding the Dead Oaks Paranormal Society for good?
I'm doing my best to get this book out to you by mid-Autumn (2020 willing! *fingers crossed*). As always, you can keep up with me on Twitter, Instagram, or Facebook for updates. Or, join my newsletter to make sure you're always the first to know as soon as a book is released!
Posted by Dez Schwartz at 6:00 AM No comments: 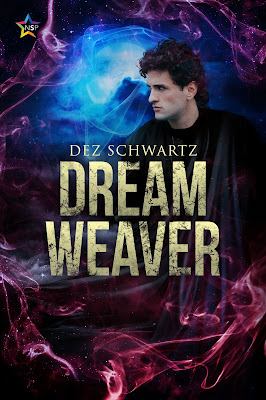 DREAM WEAVER is officially out in the world and I am thrilled to finally be able to share this exciting and surreal conclusion of the ROAM series with you!

I'll be checking in on all of my social media platforms today so be sure to drop by and let me know if you grabbed your copy. I look forward to chatting with you!

Add on GOODREADS today!
Posted by Dez Schwartz at 6:00 AM No comments:

In this exciting conclusion to the ROAM series, Ethan and Grady must team up with their friends and some Celestial beings with questionable motives in the ultimate effort to find the original Sandman and stop Phantom and the Order of Azoth from taking over the Dream World and altering life on Earth.

A few familiar characters also have cameos. Curious who they are?
I won't ruin the surprise for you, but they're from these two books:

Special Extras while you wait for the release:


We also have a FACEBOOK GROUP if you'd like to join! It's just getting started, so please feel free to post away with anything related to my books or similar topics (Everyone enjoys a good vampire discussion. *wink*).

Thank you so much for your continued support and I'm looking forward to sharing this exciting (and surreal) conclusion with you! 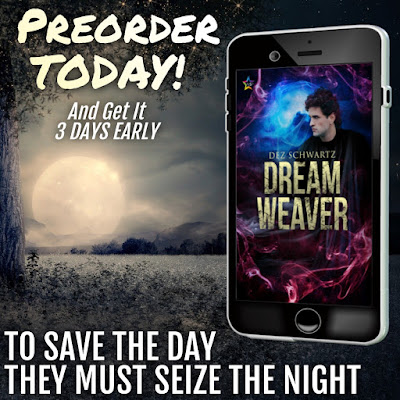 Posted by Dez Schwartz at 9:56 AM No comments:

I hope you all are well and safe during this difficult time. I have a brief update for you. I knew this was a possibility but I had been waiting for the official word from NineStar Press. DREAM WEAVER is being postponed. Pretty much every book NSP had on the calendar is getting pushed, from what I understand.

DREAM WEAVER will now be released on April 27th.

I'm so sorry you have to wait another month. I love seeing all the messages of excitement for this book! It means a lot and I know you're going to love it once it's finally released.

I will continue to post updates and extras on social media until then. I appreciate your patience and support! Now is a great time to take advantage of the sale that NineStar Press is having. Most books are 40% Off and a lot of titles are free! 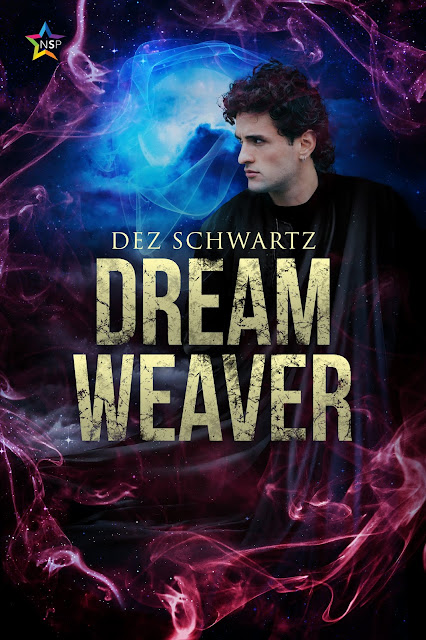 Today I am beyond thrilled to finally get to share the cover for DREAM WEAVER with you all! And yes, that is Mercury! I absolutely love this cover and how it looks next to the previous two books. Our Dream Team!

DREAM WEAVER is the final book in the ROAM trilogy and has:

✨ Mercury Made Me Do It

Ethan Roam has faced a lot of nightmarish challenges—finding out he's a sandman, falling in love with a man who once hunted him, and thwarting attacks from The Order of Azoth; a secret occult organization set on using his bloodline to conquer the universe by controlling immortality. And the battle is far from over.To defeat The Order and its leader, Phantom, Ethan must first find the original Sandman and bring the fight to the Dream World. Saving the universe might be too tall of an order for one dream creature but with the help of his friends and some Celestial beings with questionable motives, Ethan just might be able to weave a trap of surreal proportions.

I'll be sharing more from DREAM WEAVER soon, including some fun extras like moodboards and playlists. Be sure to follow me on Twitter if you haven't already as I'll be posting things daily.

I can't wait to share this exciting conclusion with you all!