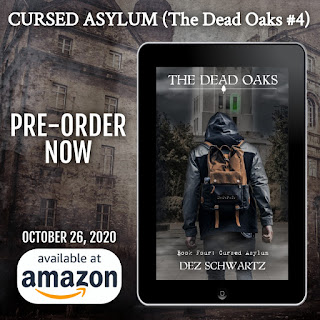 CURSED ASYLUM (The Dead Oaks: Book 4) is now available for pre-order on Amazon! This final installment in my YA MM Paranormal Novella series, The Dead Oaks, releases October 26th. Just in time for Halloween!

In the final installment of the series, The Dead Oaks Paranormal Society is offered the opportunity of a lifetime to compete against several other teams of paranormal investigators on Fright Team TV, a reality television special, for the chance to win a show of their own!The production takes them on location to one of the most haunted asylums in North America. But will the group be able to survive the temptation of fame and a chilling curse from beyond?

If you need to catch up on the rest of the series, the first three books are now only 99 cents each! 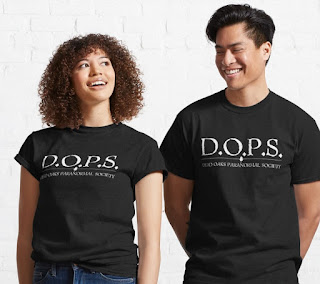 And if you're already a full-fledged D.O.P.S. fan, you can show your support by grabbing an official Dead Oaks Paranormal Society t-shirt from Redbubble! ROAM merch is also available.

Keep an eye on this space in October because I'll be sharing more things soon!

Posted by Dez Schwartz at 6:50 AM No comments: