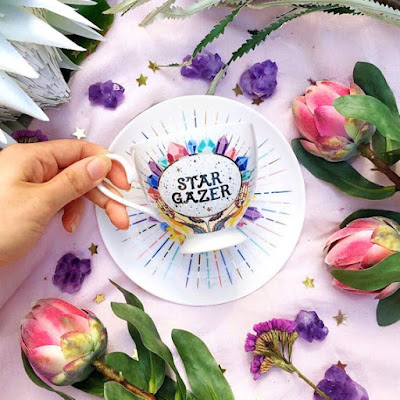 Welcome, delicious readers!  I've noticed a lot of holiday gift guides going around so I decided (was forced by my author) to create one especially for ROAM lovers!  These Etsy finds are unrelated to the book officially but I feel they would be fantastic casual references to incorporate into a readers home.  I'm generously offering to place them there myself if you'll invite me in...

(above) This Star Gazer Teacup & Saucer is ideal for Grady's go-to favorite, lemon balm and lavender, or any magical concoction Vivian might whip up to put you out of your misery.  Is that not the right choice of words?  Hmm... 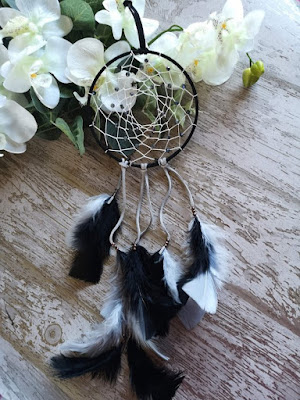 Exhausted from nightmares of menacing monsters?  Try this Beaded Boho Dreamcatcher for a restful night!  Just beware of werehuahuas eager to share your bed.  They drool in their sleep and have fleas; or so I've been told. 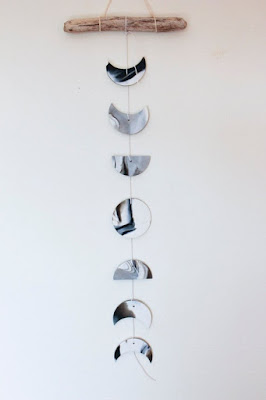 It's important for all children of the night to be well versed in their moon phases.  This Moon Phase Wall Hanging is more than eye-catching aesthetic decor.  It's also a simple but effective educational tool. 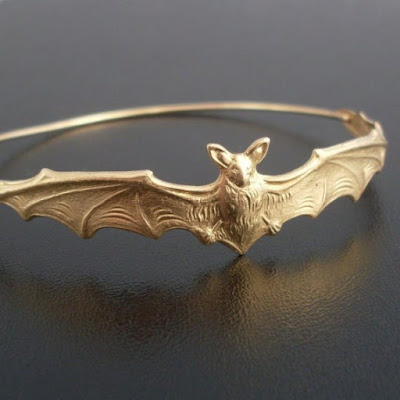 I speak for all vampires when I say that we are easily lured in by fashionable holiday party guests.  Add this  Vampire Bat Bracelet to your seasonal crimson evening wear and you're sure to get a bite. 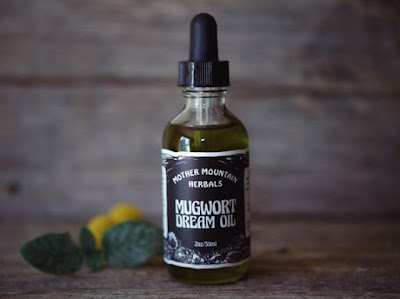 Ready to enhance your own dream magic?  Try a light massage of Mugwort Dream Oil before bed and see what new realms await you. 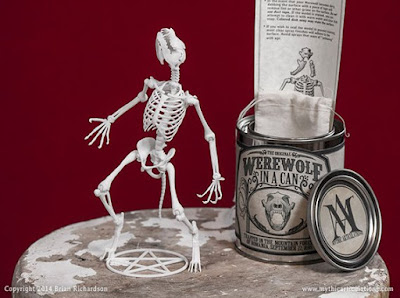 Have you spent half your life trying to hunt down a werewolf?  Look no further!  One has been caught for you.  This Werewolf In A Can may not satiate your thirst for vengeance but it is sure to be a howl with guests.

I hope you found something dreamy for your supernaturally-inclined friends or even for yourself.  Holiday shopping can be a lot of things but it doesn't have to be a nightmare...unless that's what you're going for.

Posted by Dez Schwartz at 1:39 PM No comments:

A few weeks back I posed the question, "If ROAM were a film, who would you cast to play each character?".  As promised, I've compiled your answers and included my own imaginary casting choices!

Logan Lerman - The number one suggestion from my long-time readers.  This is certainly to do with the fact that, early on, I made many mentions about how I'd love to see him in the role.  I'm happy that it stuck with so many of you!

Tom Holland - This suggestion came totally out of left field for me but now that you've put the idea in my head, I LOVE IT!  There are so many of Ethan's mannerisms and quirky expressions that I could imagine Tom pulling off brilliantly.

Darren Criss - Another one I never would have thought of!  I like this idea because you know he'd be able to pull off Ethan's musical prowess.  My only concern would be that he's outgrown the part by a few years.

Author Wild Card
Jeremy Shada - That's right!  I'm throwing in my votes as well.  As much as I initially loved the idea of Lerman, I think he falls under the same category as Criss in having outgrown the role now.  I follow Jeremy Shada online and I think he has such a vibrant and youthful energy and physically fits the part as well.  I could definitely see him as Ethan.

Benedict Cumberbatch - Again, a favorite of my long-time readers for similar reasons but also, not surprisingly, suggested by new readers as well.  He was the top mentioned name for this part.

Jamie Dornan - Okay, guys.  Confession:  I have never seen any of the 50 Shades films.  I honestly have no clue what this guy's acting style is like.  I'll leave it up to you all to decide if he'd be a good fit for Grady or not.  Though, I can see why you'd think that simply from his hair and cheekbones.  :)

JJ Feild - JJ would make an adorable Grady.  I support this nomination.

Author Wild Card
Evan Williams - Let me tell you something.  I absolutely ADORE Evan Williams both as an actor and as a human being existing on this planet.  PUT HIM IN ALL THE THINGS!

Ezra Miller - WOW.  You guys really love you some Ezra Miller!  Everyone that gave a suggestion for Dacey suggested him.  Save for the one other vote.  lol  Look, I get it.  Ezra would be fabulous.  BUT, for me, I actually already have him in mind as a perfect casting of another of my characters (Wes from The Dead Oaks, for those curious).  I can still totally see it, though.

Timothee' Chalamet - I feel like this particular reader suggested this simply because they have a crush on Timothee' and that's perfectly acceptable.  The funny thing is, I can sort of see it working in both ROAM and The Revelation of Dacey Sinnett.  But since I have that special "Author Knowledge" of what's to come in the series... he doesn't quite fit the bill entirely for me.  Great actor, though.

Author Wild Card
Reeve Carney - Another throwback to the beginning.  I've long said Reeve would be my Dacey and I stand by that to this day.


These were the only characters that I received any responses about.  I do have my own ideas for the others but I might save those for a different post.  Thank you so much to everyone that took the time to send in your picks!  It was quite fun finding out all of your choices.

I may be biased (*smirk*) but I would definitely watch this film.  What do you think about these selections?  Have any more suggestions?  Also, someone please contact Netflix because we need to get this in motion. 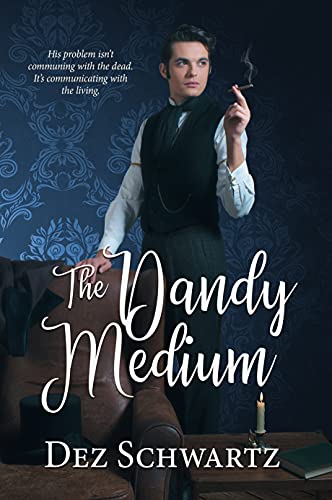