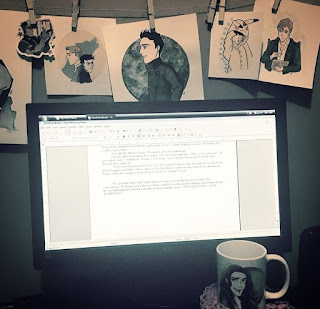 I did get a chance to catch up on the newest season of Voltron: Legendary Defender!  This weekend is for working on personal projects and, very importantly, relaxing.  Going to bake cupcakes and do some journaling with my daughter.  I hope you all have a great weekend!
Posted by Dez Schwartz at 11:17 AM