WhimsyAndNoir is hosting a new weekly blog linkup for creators to share their original characters!  You can join in on your own blog by using this graphic and linking back to her and/or sharing your characters through social media with the hashtag #MeetMyCharacters so that everyone can find each other. 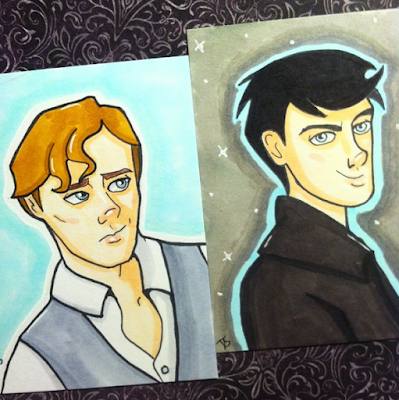 Ethan & Grady are the two main protagonists of the ROAM series.  If you're reading the books then you probably already know them well.  I also illustrate them from time to time, which you can see on my IG.

Ethan is one of the first original characters I'd ever created.  His first iteration came into being over a decade ago in a role-play group.  His powers were much different back then (He used to just be a telepath.) but his personality was exactly the same. (Fun Fact: Benny the Werehuahua was another character I created at the same time for the same group.  So, they've actually been friends for a while. *wink*)

I loved his character so much that I knew I needed to bring him to life in story format.  Creating that story was a long on and off process over the past few years but everything finally clicked together and I began officially writing ROAM in 2015. 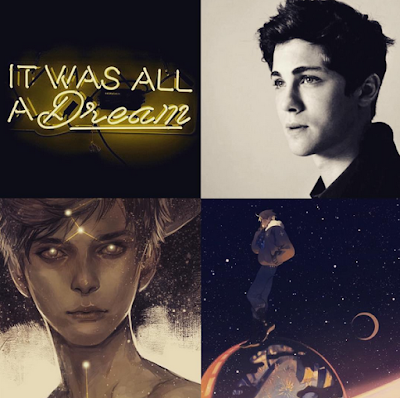 Ethan is a musically inclined college student that very quickly finds his life turned upside down by the onset of inherent supernatural powers that he was previously unaware of.  He has the ability to dream travel, among other things, and his powers only intensify as the story moves forward.

Ethan isn't exactly shy but he is a bit clumsy and self-deprecating.  He's also adorably innocent and overly optimistic; traits that both impair him and bolster him through his life's journey. 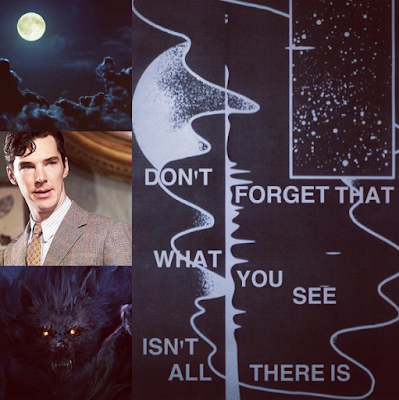 Early on in the story, Ethan meets Dr. Grady Hunter in a peculiar introduction that ultimately teams them together as partners (both professionally and intimately).

Grady's backstory is as interesting as his current one and I won't lie, I have definitely thought about writing a Grady-based prequel.  No promises.  For now, his personal history is divulged to the reader through dialogue and memories.

Grady is another character that I first created several years ago.  Originally, I'd planned to write my first novel about him and what is now his past.  Ultimately, that never came together but once I thought of combining his story with Ethan's everything fell into place.

Grady, a bit older than Ethan, is a mysterious and charming alternative healer.  At least, that's what he wants you to believe.  Really, he's a British monster hunter haunted by personal demons with questionable motives of his own.

He's quick-witted, handsome, and fairly formidable in a fight.

Together, Grady and Ethan find that they make a rather dynamic duo; whether that means facing paranormal foes or finding balance and comfort in each other. 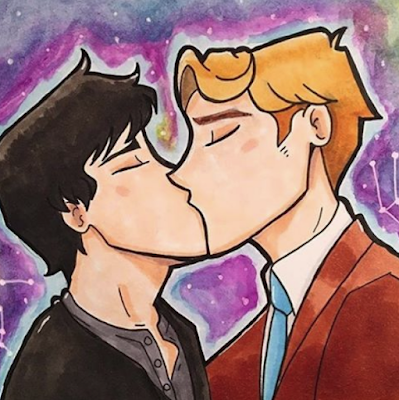 Where do they go from here?

I'm currently on the last few chapters of writing HUNTER and then you're going to have to wait a bit for more of  them.  I know, I know.  I'm evil.  BUT it's really important to the timeline of the overall story that I go ahead and write the spinoff, DůO, before rejoining you with Ethan and Grady in the third installment, DREAM WEAVER.  They won't be disappearing anytime soon, however.  I'll still illustrate them and I'm sure they'll show their faces in other projects that I have cooking up.  I honestly can't imagine not working with them in some capacity on a fairy regular basis because (though I love all of my characters) they are my favorites.

If you're a writer, artist, etc. that has created original characters and would like to join in, please visit WhimsyAndNoir for more details!