Joining in again with the weekly blog linkup hosted by WhimsyAndNoir!  This week's characters are ones that I've written about before here.  However, I know I have some new readers, so I'd like to reintroduce them! 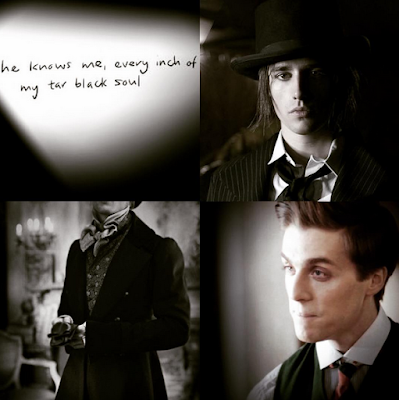 Dacey Sinnett and Marcus von Rottal are my leading vampires.  Well, one is much more than that but I'll leave it to the books to give you that story.  They are featured in the ROAM series and helm their own story as antihero protagonists in the prequel, The Revelation of Dacey Sinnett.  They're also perpetually entwined in, an admittedly, unhealthy and deeply passionate relationship.  I tend to refer to them as my "problematic favorites" for a reason. 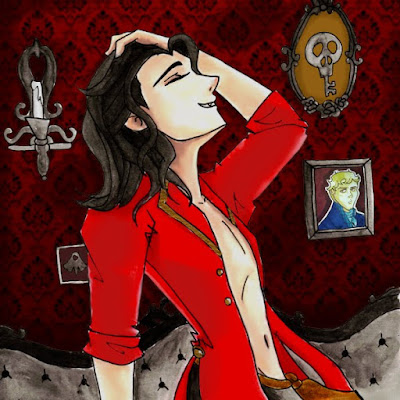 The invention of Dacey's character was rather serendipitous for me.  At the time of writing the first ROAM book, I had a vague plan in mind for Ethan Roam's journey.  I won't post spoilers but those that have been reading along with the newest book, HUNTER, will probably know what I'm referring to here.  It was an "idea" but the roles hadn't really been cast, so to speak.

Enter a chapter where I have to tackle a definite issue in Dr. Grady Hunter's life.  He was always meant to have a literal tryst with Death (*wink*) in the form of a vampire.  It was a solid life event for his character that I wasn't going to back down from.  In order to move the story forward, I had to create a vampire that I felt would have been compelling enough to entice someone as guarded, jaded, and sharp-witted as Grady.  And thus, Dacey was born. 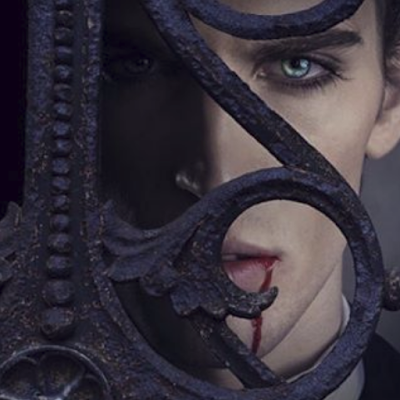 I definitely looked to the works of my favorite writer, Oscar Wilde, for inspiration.  In many ways, Dacey is my take on a vampiric iteration of a mixture of Oscar himself and his most famous character, Dorian Gray.  Then, I sprinkled a bit of 80's neo-romantic goth vibe on top and ended up with a character that I absolutely adore writing.  And definitely one that would keep Grady, and pretty much everyone else, on their toes.

Dacey is a natural telepath and insatiable flirt.  Wouldn't you be too, if you could easily read the minds of everyone that was attracted to you?  He was born in 19th century France and worked as a cabaret pianist and street illusionist until he became a vampire.  From there, he joins forces with his sire, Marcus, as the second half of a deadly duo of dandies bent on commanding an existence based solely in pleasure and luxury.  That is, until everything begins to go wrong. 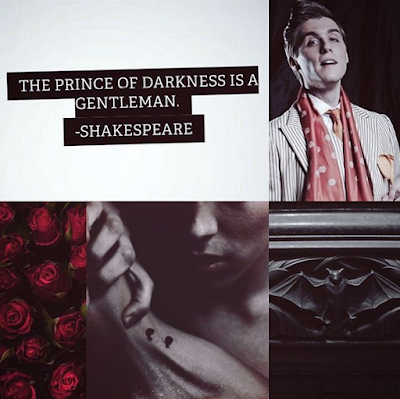 Once I had made the big decision about Dacey's ultimate destiny, it became quite clear that I needed to map out his backstory and share it with readers as well.  I felt the best way to do this was to ease the audience in with a moment that would link both the prequel and segue this "idea" into the sequel.  Marcus' appearance at the Halloween party in ROAM was precisely for this purpose.  At that time, he's simply introduced as Dacey's sire and former lover.  The Revelation of Dacey Sinnett tells that story in full and establishes the setup for the events that will transpire in HUNTER. 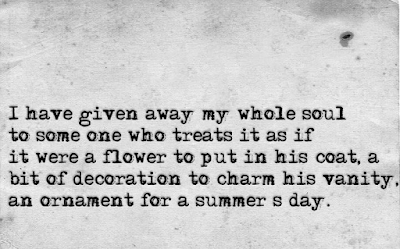 Marcus is an Austrian aristocrat that took up procuring and dealing occult antiques (Usually "black market" as they're almost always stolen.) in order to maintain his preferred lifestyle.  Circumstances lead him to meet Dacey and, for both, it's love at first sight.  He finds himself spending the rest of his existence with a chaotically possessive obsession for keeping Dacey at his side.  He's clever, manipulative, and not the least bit afraid to leave a situation with blood on his hands or his dinner jacket.

Whereas Dacey wants to explore everything and everyone that the world has to offer, Marcus has a sharp singular focus -- and that's Dacey. 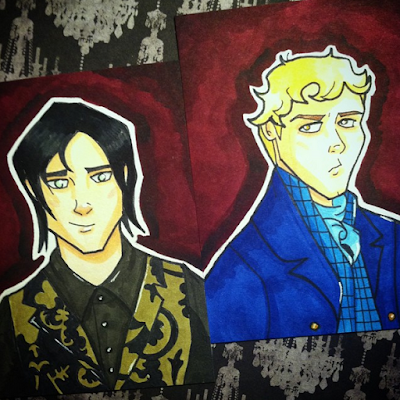 Where do they go from here?

Currently, you can read more about them in HUNTER, which is available chapter by chapter, bi-weekly on Wattpad.  I'll be releasing the Kindle and paperback editions later this Spring.  They will also be returning for more action in the forthcoming novel DREAM WEAVER.

Don't be afraid to leave comments letting me know which characters you'd like to see featured here.  I'd love to hear your suggestions or thoughts on the ones I've already posted!  Also, please feel free to play along with the blog linkup.  I can't wait to meet your characters as well!

As always, thanks for reading! ♥